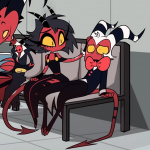 I love this characters named is E.N.D..E.N.D is Etherious Natsu Dragneel (エーテリアス・ナツ・ドラグニル Ēteriasu Natsu Doraguniru).He is a Mage of the Fairy Tail Guild, wherein he is a member of Team Natsu. He is the younger brother of Zeref Dragneel, having originally died 400 years ago, being subsequently revived as his brother's most powerful Etherious: E.N.D..He is also among the five Dragon Slayers sent to the future from four hundred years past, having an additional purpose in the assistance of the defeat of Acnologia.

Retrieved from "https://hayatenogotoku.fandom.com/wiki/User:Sneezpey2655?oldid=62339"
Community content is available under CC-BY-SA unless otherwise noted.