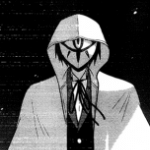 Just an ordinary massive Hayate fan. My English is kinda weak, as seen in some of my edit. Sorry for that.

Since this manga is nearing it's end, I want to end it in a blast, build all the hype and most importantly enjoy it a whole as a fan

Things I regret the most about Hayate no Gotoku

Just want to rant out some flaw on HnG

And that's about it for now, hope this list will not grow any bigger.... Just saying that I still consider this manga as my most favorite manga and re-read it many times like a bible, since I just love the manga's nature to mix comedy, romance, action and drama. But at the sime time, I love it so much to the point I can't help but rant to all of the obvious flaws. Since Hayate is nearing it's end, I just want a beautiful ending to this great manga. That's all I asked for and hopefully they can deliver this.

My favorite character on HnG

Retrieved from "https://hayatenogotoku.fandom.com/wiki/User:Tennouji?oldid=64721"
Community content is available under CC-BY-SA unless otherwise noted.